From Belgium to Cali: News and Notes from the week that was

There is more to the world than the Olympia's Tour so let's catch up with a few results... 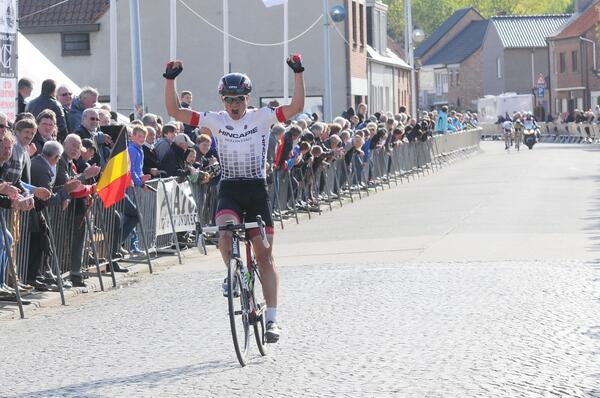 Robin Carpenter (Hincapie Development) took the win at the Puivelde Pro Kermis just outside of Sint-Niklaas on Wednesday as he launched a late attack out of the front group and took the impressive solo win over Maxime Vantomme (Crelan-Euphony) and Michael Vanthourenhout (BKCP-Powerplus). Carpenter's story is quite interesting. Last year, he got a ride with the Chipotle Development squad and had quite a solid season albeit for a bad run-in with a chainring, a crash that saw him just inches from impailing his temple with the sharp teeth. Cut to last fall and Carpenter was without a team after Chipotle folded and closed up shop.

It took until last November for Carpenter to find a home at Hincapie Development and he has already started to put up results. Did I also tell you that he has done this while going to college full-time at Swarthmore? Pretty impressive.

19-year old Sondre Holst Enger (Plussbank) had an amazing week at the Glava Tour of Norway after having four top-7 stage finishes and ended up finishing 3rd overall. And of course, people are now saying things such as...

The new Peter Sagan resides in Norway and his name is Sondre Holst Enger (19). 2-4 years time from now he will be one to consider.
— Richard Jørgensen (@Pedalingtheroad) May 19, 2013


which is exactly the wrong thing to say. Look, I am not trivializing his results as he absolutely blew expectations out of the water. But this is just one race in his home country. To give some background on Enger, in his final junior season in 2011 he got some results in field sprints and a few harder races and did well in the World Championships with a 10th and 12th place in the TT and RR, respectively. Last year, in his first season as an espoir, he had some good results in field sprints including a 4th place in the 1st stage of the Tour of Norway, a smattering of other Norwegian races and two top-5 places in Loir-et-Cher. All of these are quality results but the best of his year? No.

This year, Enger got off to a slow start. He had problems in the opening races in Croatia and had some sickness and his only notable result of the early season was a 46th in the Ronde van Vlaanderen Nations Cup. He finally got into some form for some Danish (6th in Skive Lobet) and Norwegian (6th in Hadeland GP and 3rd in Ringerike GP) one-day races. Pretty quality stuff for a man of his age but there were guys just as young up there with him. Then we come to the Tour of Norway, where Enger had high results in three sprinting stages (3rd, 7th and 2nd) and on the queen stage where he stayed in the 1st chasing group and snagged 4th place.

So he obviously talented to finish 3rd overall and he should have an eye kept on him but one race does not a champion make. I'm not trying to be dismissive but when people flip out and say he is "the new Peter Sagan" then they are just putting stupid expectations on him when they should just let the kid keep developing. Don't label him as Norway's saving grace or whatever the hell the fans want because these fans are just going to be disappointed when he doesn't live up to the expectations that fans set for him. There are riders that are simply in a league above at his age (like Sagan or Boasson Hagen) but I don't think he is at that level. I take my hat off to Enger though for showing his strength this week and not being scared of the bigger teams.

P.S. Don't forget about Toms Skujins. In all the talk about Enger, Skujins has had a great few weeks with three top ten finishes in Hadeland, Ringerike and Uppsala and then stayed in the front split in the queen stage of the Tour of Norway and went on to finish 10th overall. This is after being on the tiny Latvian Rietumu-Delfin team. Skujins is quite talented and deserves his chance and shouldn't have his talent squandered. Other young riders that had good races here include Jesper Hansen (CULT Energy), who finished 7th overall, and Frederik Ludvigsson (People4You-Unaas), who was 15th overall and 5 months younger than Enger.

This is a race that always provides some interesting results but many of which can be skewed by the small field size and perhaps by a lack of depth in the field. Not to say that there isn't a heap of talent but there are so many climbers here that could realistically win a stage.

-Stage 2 saw the first uphill finish of the race and it was dominated by Euskadi as Barbero and Orbe went 1-2 over a group of favorites including twins Maxime and Mathieu Le Lavandier (Chambery CF),  Dylan Teuns (Ventilair-Steria), Diego Ochoa and Juan Ernesto Chamorro (4-72 Colombia) with other favorites such as Nate Wilson (USA National) coming in a few seconds down.

-Stage 3 was the queen stage of the race with a summit finish at Goulier-Neige, deep in the heart of the Pyrennes. The finale did not let down either. KOM leader Heiner Parra, who escaped on stage 2 to take  the polka dot jersey, let out a hellacious attack that didn't see any responses as he was far down on GC. The Colombian romped up the final ascent as his teammate Chamorro let out a big attack with only a couple of kilometers to go and distanced his GC contenders to finish 7 seconds ahead of Maxime Le Lavandier, 9 seconds ahead of Teuns and 13 seconds ahead of Wilson and 4-72 teammate César Paredes.

-Stage 4 saw 4-72 Colombia control the peloton while a lone rider was able to stay out front on the long descent off the Col de la Core. Gert-Jan Devos, a rider for Ovyta-Eijssen, was able to outlast his breakaway mates in a surprise win while behind him, Chamorro comfortably defended his lead and no other riders were able to pose a serious threat.

Some takeaways from this race are these:
Other News includes... 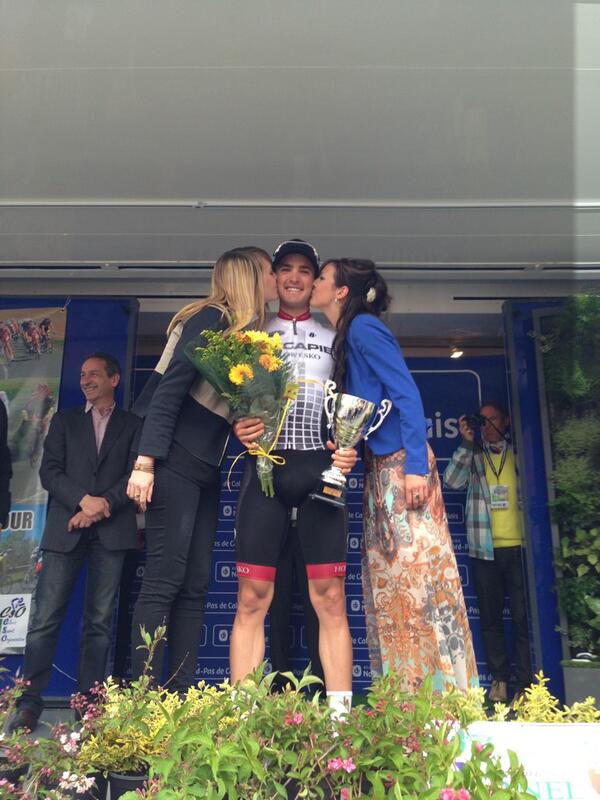 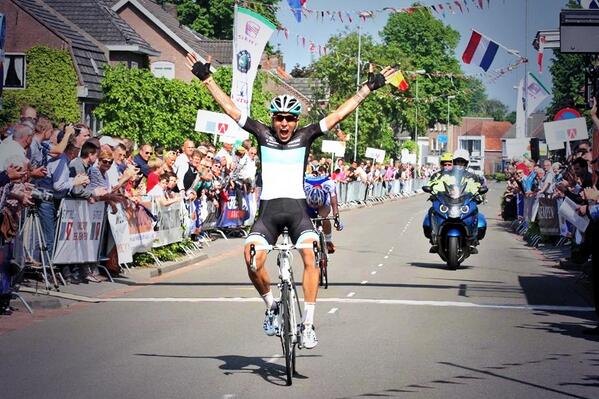 I think that I covered everything here. It was a busy week but it is only going to get busier from here.
Some of the races coming up include: Tour du Gironde (France; 23rd-26th), U23 Peace Race (Czech Republic; 24th-27th); GP Industria e Commercio (Italy; 26th) along with races already happening such as the An Post Ras. Look for a changing of the U23 rankings this week!