I know this blog is usually dedicated to U23 racing but I have always covered amateur racing here as well so senior racers are not strangers around this place. I say this because my Ride of the Week for the past week will be going to a senior rider simply because of the story behind his win. 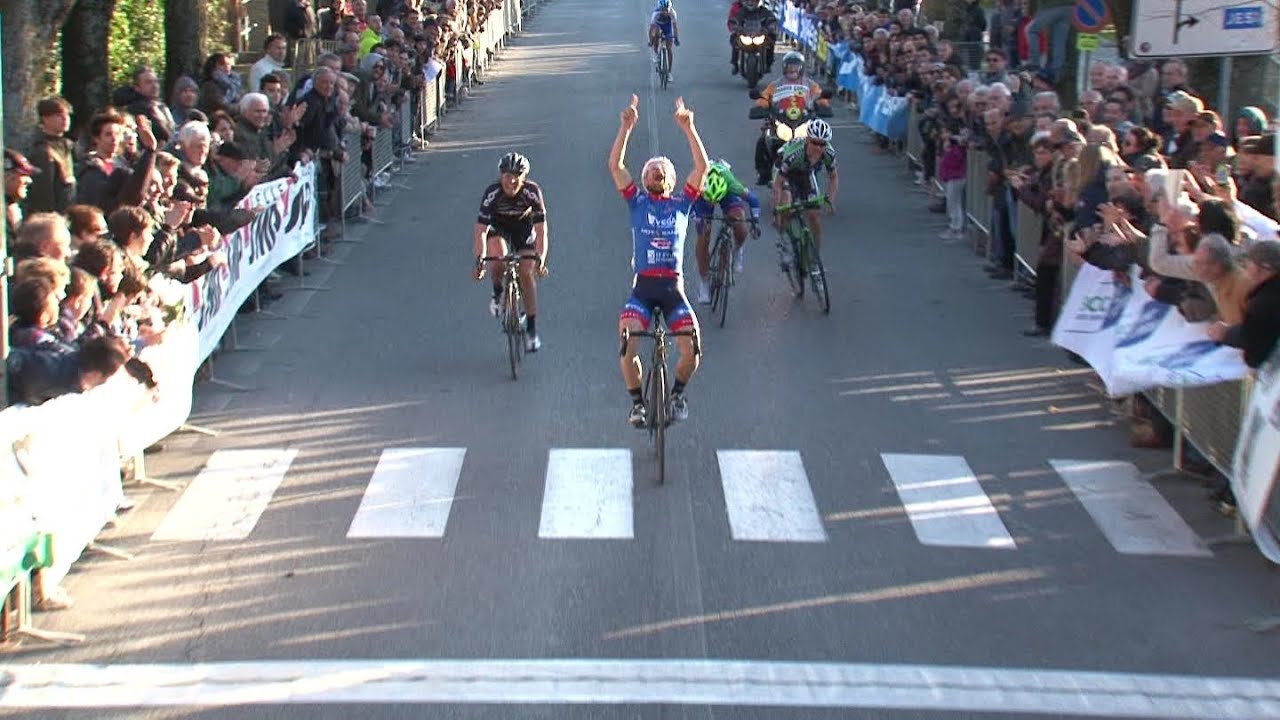 According to ciclismoweb.it, in the weeks before the race, Vega-Hot Sand's Nicola Gaffurini received tragic news when he was called and told that his girlfriend of 4 years, Claudia, had passed away suddenly. Gaffurini was panged with grief and one of the only ways he could find solace was through the bike. He lined up for the race in Montecassiano with a picture of Claudia in his back pocket and fire in his belly.

The race, which features a few climbs including one that leads up to the false flat finish, started off with a large breakaway that whittled down as the circuit began to take its toll. Gaffurini was active throughout the day, launching multiple attacks including the winning one after Marco Chianese had sprinted for the finish line, not knowing their was one lap left. Gaffurini was joined by Matteo Marcolin, Giacomo Berlato, Marcin Mrozek and Michele Gazzara and the quintet broke away with one lap remaining.

After cresting the finishing climb and turning onto the false flat finishing straight, Gaffurini led it out from the front and while Marcolin and Berlato tried to catch up with him, they were unable to and Gaffurini let out a primal scream as he crossed the line; letting out pet up grief from his body and giving Claudia a fitting tribute. Zalf-Euromobil, the big winners so far this year, were able to put three in the top 5 but failed to do much against Gaffurini.